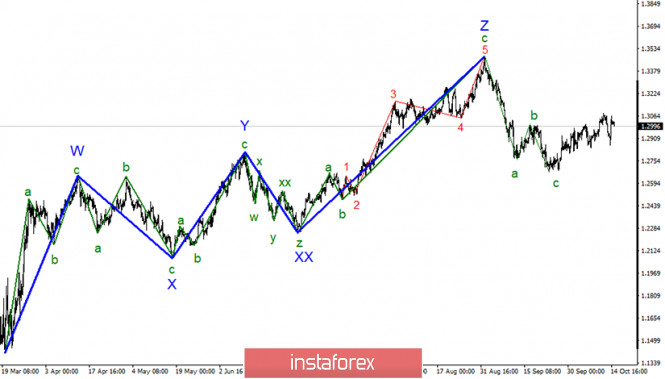 On the global scale, the formation of a new area of the downward trend is likely to continue. However, it is getting clearer every day that everything will end with the waves a-b-c. If so, the quotes may increase from the current levels with the targets located near the peak of the Z wave. A successful attempt to break through the high of the b wave also indicates that markets are ready to buy the instrument. Yet, as in the case of EUR/USD, the internal structure of the upward wave that started on September 23 looks very unusual. 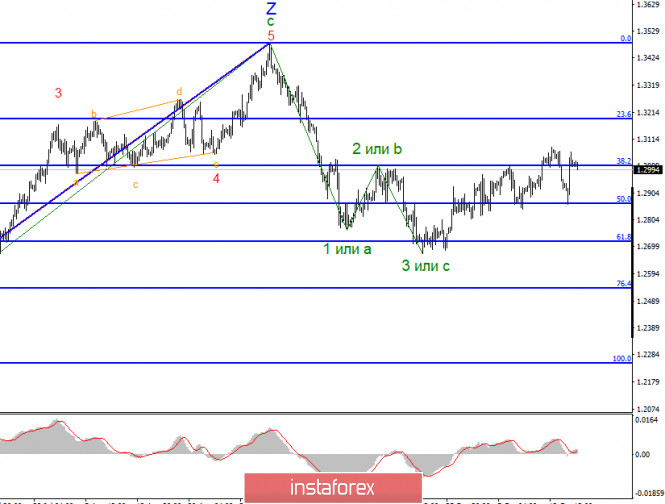 Donald Trump has always been the one who likes to change his point of view or deliver controversial statements, which are supported by neither facts nor experts. However, Boris Johnson, who has served as Prime Minister for over a year, often makes misleading statements as well. His cryptic messages are hard to decipher. First, Mr. Johnson announces that negotiations with the European Union will end on October 15. Later, he extends the deadline to November 15. At the same time, Johnson says he is ready to sign a withdrawal agreement with the EU. Then, the prime minister declares that the UK is ready for a no-deal Brexit. The Brexit deal will be discussed today on the EU summit. Nevertheless, market participants do not expect any drastic changes in the matter, as both the European and British officials have stressed multiple times that there has been no progress in talks.

So, what can we expect from the summit? Plenty of issues remain unsolved, including fishing rights, borders between Northern Ireland and the Republic of Ireland, etc. I believe that the parties will not be able to come to an agreement even in a month. Therefore, I’d say that the informational background provides even greater support for the greenback. Apart from that, it is likely to lead to the formation of another downward wave which will only make the whole wave chart even more complex.

GBP/USD has supposedly finished the construction of the downtrend. A successful breakout attempt at the Fibonacci retracement level of 38.2% indicates that the instrument can be bought with the targets at 1.3191 and 1.3480, that is the 23.65 and 0.0% Fibonacci retracement levels. However, against the current information background, the wave chart is likely to become even more complex.