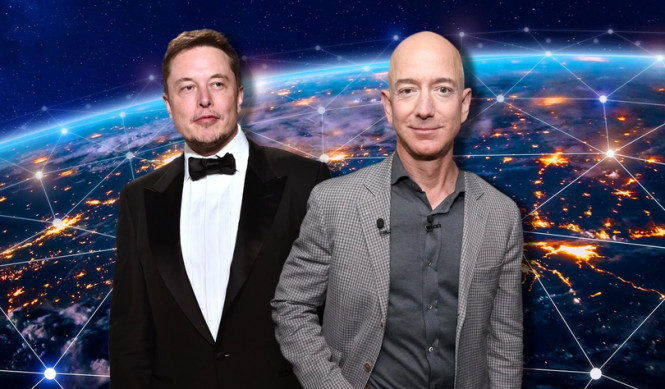 Microsoft Corporation announced a partnership with SpaceX, which will be based on the creation of a «cloud» network based on space satellites. Companies are looking to connect the cloud computing network of tech giant Azure to the growing satellite Internet service Starlink. Starlink is SpaceX’s project aimed at connecting the Internet to thousands of satellites. It is designed to ensure the delivery of high-speed Internet anywhere in the world. To date, SpaceX has launched more than 800 Starlink satellites. This is a small fraction of the total that global coverage should provide. However, this is enough to start providing services in some regions, including the Northwestern United States.

A few weeks ago, Microsoft has already introduced a new service called Azure Orbital, which involves connecting space satellites directly to the cloud. According to Microsoft’s vice president Tom Keane, the space development company focuses primarily on government and military contracts. This allows commercial technology and innovation to be leveraged in the country’s military as well.

The collaboration between Microsoft and SpaceX will undoubtedly multiply the total revenue from cloud services that are related to space. Analysts predict that activities related to space development will bring its founders’ colossal profits, reaching $15 billion by the end of the decade. That is why it is not surprising that there are many large companies that want to occupy a leading niche in this area, and the struggle for such a market will be serious.

At the moment, the undisputed leader in the field of «cloud» technologies is the Amazon corporation. Microsoft has been its main competitor for several years, but it still lags behind in this area. With the onset of the coronavirus crisis, the rivalry for leadership between the two giants has only intensified. This is understandable because most companies are in a hurry to transfer their business to the «cloud» sphere and choose reliable and time-tested suppliers for many years to come. Amazon, by the way, has long worked with satellite manufacturers Maxar Technologies and Capella Space to address space data management challenges. After the announcement of the management of Microsoft corporation about the beginning of work with space innovations, it becomes clear that its struggle with Amazon will unfold also for primacy in the space sphere.

Amazon founder and CEO Jeff Bezos is also the creator of the aerospace company Blue Origin. Moreover, Bezos plans to soon implement the Kuiper program, which involves the launch of more than 3.2 thousand satellites into orbit. Kuiper Bezos is a direct competitor to Starlink Musk. A rather interesting picture emerges: Amazon is opposing Microsoft in the field of «cloud» services and at the same time with SpaceX in the space industry.

How To Trade In A Flat Market? Blog AMarkets