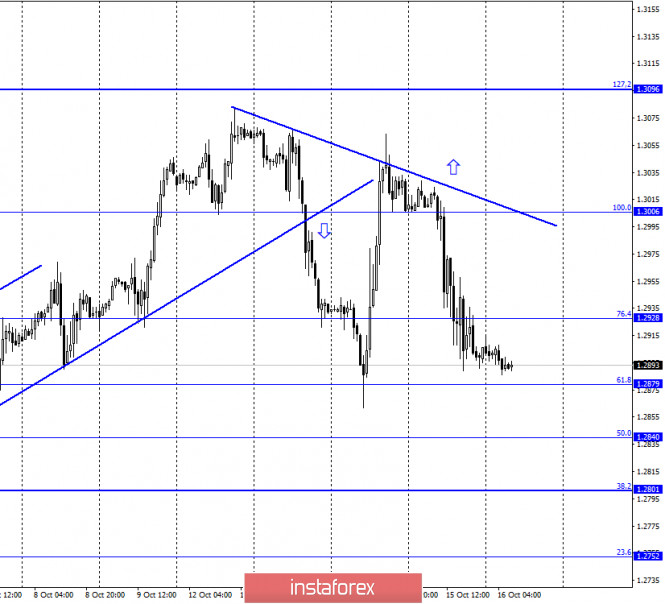 According to the hourly chart, the quotes of the GBP/USD pair also performed a reversal in favor of the US currency and resumed the process of falling. At the end of the last day, the quotes returned to the corrective level of 61.8% (1.2879). The pair’s rebound from this level will work in favor of the British dollar and some growth in the direction of the downward trend line, which continues to characterize the mood of traders as «bearish». The EU summit, which was supposed to decide the fate of the Brexit deal, was almost canceled. Yesterday, it became known about the possible infection with coronavirus of the head of the European Commission Ursula von der Leyen, who has already gone to self-isolation. Obviously, no important decisions will be made without the head of the European Commission. However, many analysts did not hope for any new information. According to the final statement of the EU summit, EU countries should prepare for the absence of an agreement, and negotiations with the UK can be extended until December 31. «The European Council confirms that the transition period will end on December 31, 2020, and notes that progress in negotiations on key issues is insufficient to reach an agreement. In these circumstances, the European Union instructs Michel Barnier to continue negotiations in the coming weeks and calls on the UK to take the necessary actions to make an agreement possible,» the statement said. Thus, the probability of making a deal remains extremely low. 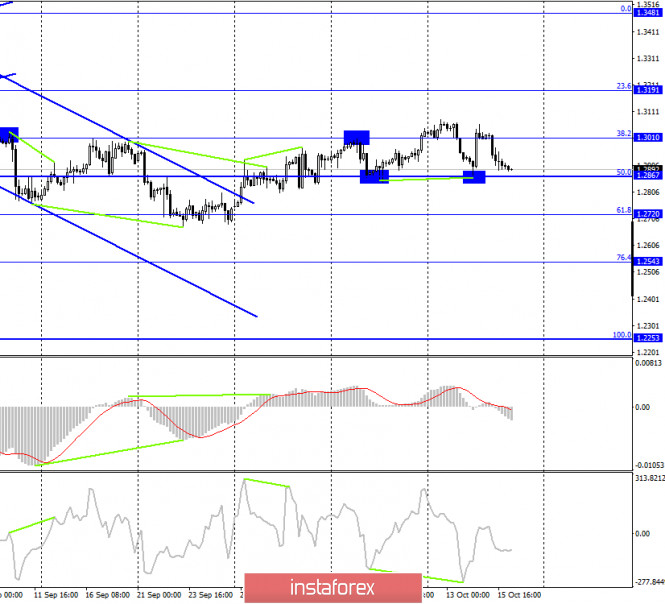 On the 4-hour chart, the GBP/USD pair performed a reversal in favor of the US currency and began a new process of falling in the direction of the corrective level of 50.0% (1.2867). The pair’s rebound from this level will allow traders to count on a new reversal in favor of the UK currency and some growth in the direction of the Fibo level of 38.2% (1.3010). Fixing the quotes below the level of 50.0% will increase the probability of further falling towards the next Fibo level of 61.8% (1.2720). 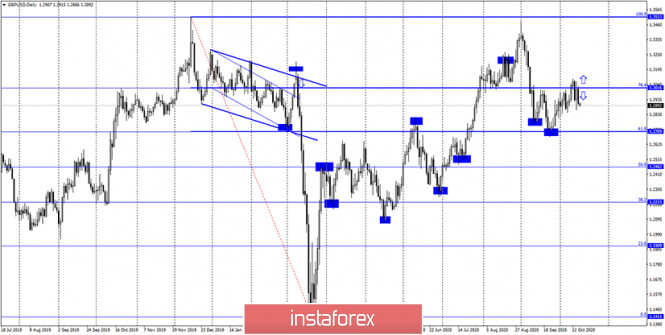 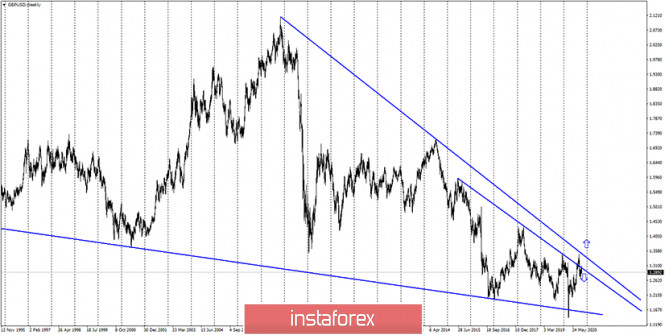 On the weekly chart, the pound/dollar pair closed under the lower downward trend line, thus, a false breakout of this line followed earlier. The pair returns to a downward trend.

There were no important economic reports in the UK and America on Thursday. The results of the EU summit are disappointing for the British. The summit participants did not note progress in the negotiations and still do not believe in the possibility of reaching a trade agreement with the UK.

News calendar for the US and UK:

US — consumer sentiment index from the University of Michigan (14:00 GMT).

On October 16, the UK news calendar does not contain anything interesting. Today, traders will only be able to pay attention to American statistics. 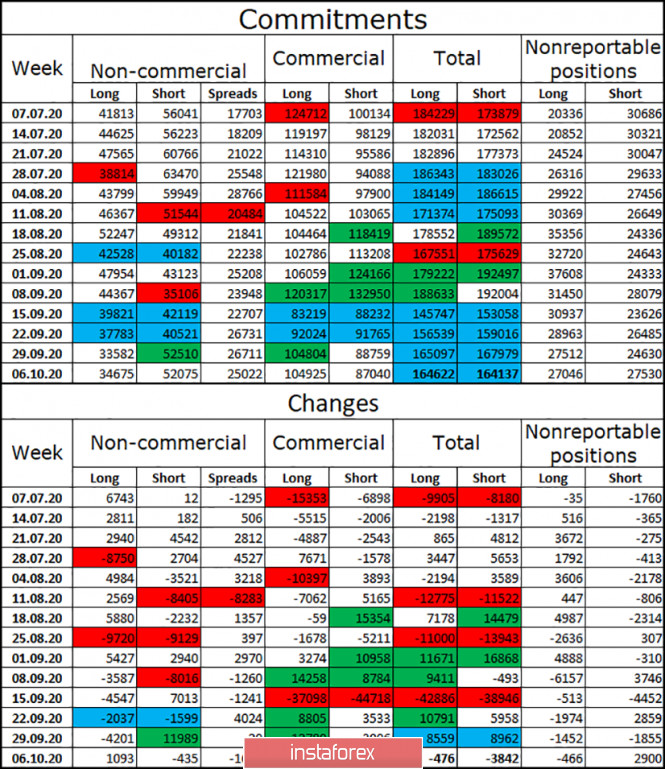 The latest COT report on the British pound that was released last Friday showed that there were no changes during the reporting week. The «Non-commercial» category of traders opened only a thousand long contracts and closed 435 short contracts. Thus, the changes are minimal and do not allow us to draw any long-term conclusions. In total, speculators continue to hold a larger number of short contracts, which indicates their belief in the fall of the British dollar. And it is in the last two weeks that the number of these contracts has grown significantly. In general, the market is in almost perfect balance. The COT report shows that a total of 164,622 long contracts and 164,137 short contracts are open.

Forecast for GBP/USD and recommendations for traders:

«Non-reportable positions» — small traders who do not have a significant impact on the price.

Technical Analysis of GBP/USD for October 19, 2020